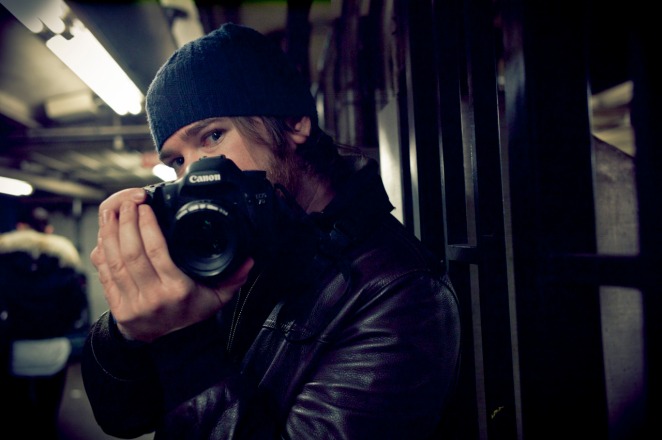 Some Dude With a Canon

I met this gentleman while I was shooting at the West 23rd Street subway station.  He was taking pictures of the public phone.  I asked him why, and he said he liked the symmetry of the train tracks alongside the phone.  I saw what he was talking about and I took pretty much the same photo he had taken.  It wasn’t a shot I cared about.  I then asked him if I could take his picture.  The result was a photo I cared about.