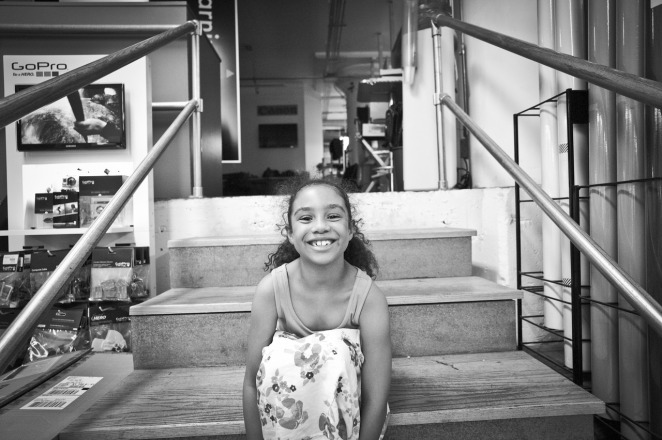 I don’t shoot Black and White.  Mainly because I see the world in color.  However, the Leica Monochrome M has made me think about shooting B&W.  These days most B&W shooters simply shoot in color and convert to B&W.  That method offers many advantages since B&W shooters typically used color filters to change the contrast between various colors in a scene.  Shooting that way doesn’t interest me since you aren’t necessarily visualizing a scene black and white when you capture it.  Instead you’re playing it safe by having the option to render the scene in B&W or color in post processing.

What does interest me is having a camera like the Leica Monochrome M that shoots in B&W only with no color safety net.  The camera is expensive and very flawed (much like the M9), however you can indeed produce some really nice images with it.  The above shot was taken inside Fotocare on a Leica demo day.  Shot at ISO 6400 -something you can’t do with a M9.