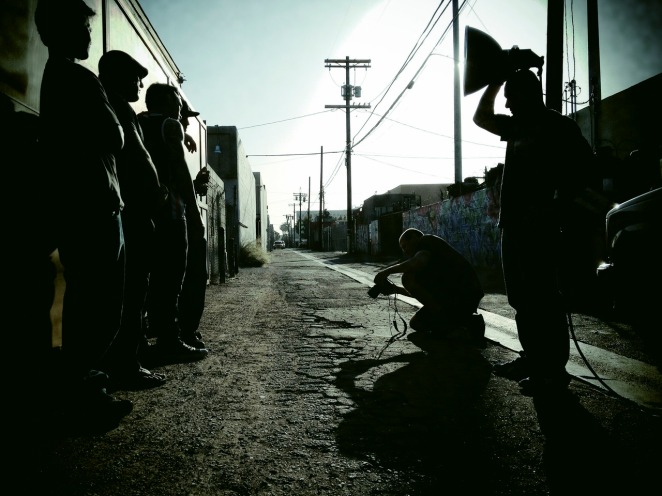 I love LA.  If I had to move away from NYC, the only place I’d consider is LA. I love the weather, the Sunset Strip, the beaches, the people, and 10th Planet Jiu Jitsu, which is based there under the guidance of Eddie Bravo.  He’s a very interesting character who broke a couple of sacred martial arts rules (he advocates training without the traditional uniform known as a gi, and he is a big marijuana proponenet).  He believes in pretty much any conspiracy theory you can think of – especially those that challenge conventional wisdom on 9/11 and Bigfoot 😉

Eddie Bravo also has a rock / hip hop band called Smoke Serpent, whom I’ve shot on several occasions in the past. The above image is an iPhone BTS image. I’ll post a real shot here next month.