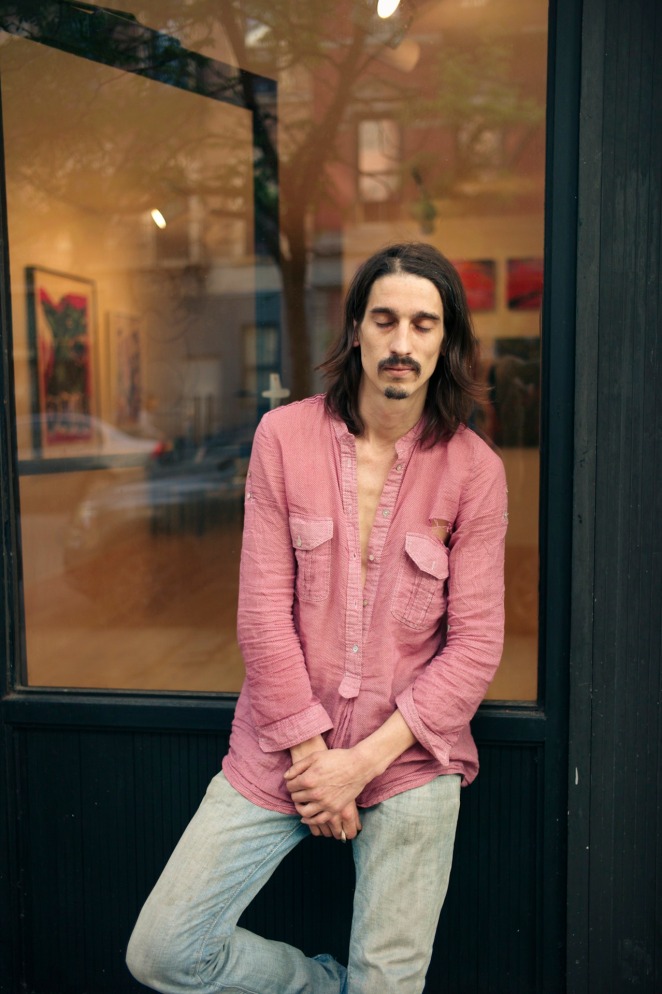 I met Raphael on a walk through the very hip neighborhood of Willamsburg in Brooklyn.  Well it’s hip now.  It used to be a whole bunch of factories.  Now there are art galleries, boutiques, antique stores and veggie eating spots.  Reminds me a bit of how St. Marks place in the city used to be before the Subway sandwich franchise set up shop.

Raphael says he hasn’t bought anything in 8 years.  He doesn’t work.  He just walks around a lot.  He gave me a 5 minute lecture about all the great things Nikola Tesla invented.  I asked him if Tesla was responsible for that horrible 80’s band that shares his name.  Raphael said he didn’t think so. When I asked him if I could take his portrait, he said yes, but insisted on closing his eyes.  He said the only way to really see the essence of someone is to look at them with their eyes closed.